A downloadable game for Windows and macOS

Infamous Adventures Remake of King's Quest III: To Heir is Human! Join Gwydion as he seeks to escape the bonds of slavery from his master, the evil wizard Mananann.

It's great you re-released this game. I still have the old version with the wolf howling to the moon during the IA logo introduction. Because I like this game so much, I have been working on a translateable version for some time now, but I'm stuck with the GUI's. Would you help me by sharing some of the sources with me? I'd be really grateful for some assistance.

I could help you fix stevebrown0804's problem in return. It has to do something with the new intro video.

I get the opening text screens, then a couple whooshing sounds and a black screen, then nothing else.  Odd, as I've successfully played this before (downloaded the AGS's web site, as I recall), although probably on a different machine.

I fiddled with the setup app's options a bit (tried fullscreen vs. windows, higher and lower resolutions, smoothe sprite scaling on/off, force-letterbox on/off), but no change.   (Well, fullscreen just flickered between an empty white window and some composite of that window with my desktop, so I guess that was "a change," but not for the better.)

Granted, I only gave it about 30sec of sitting there quietly before I killed it through Process Explorer.  (And far less on subsequent attempts.)  Maybe it just needs a while to come to its senses.

Hmm. Not sure why that is... it IS an older program, so it might have some quirks running on Windows 10.

Thanks a lot for update this great game with your SVGA version :) 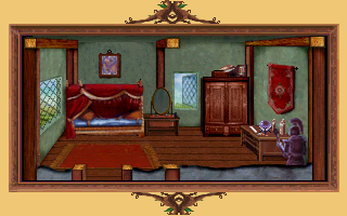 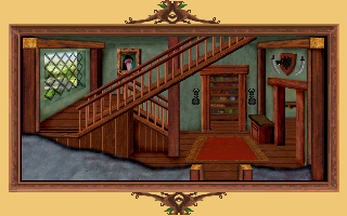